Walking A Mile In the Shoes of A Dead Woman 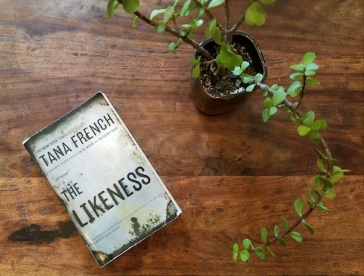 Here it is! My first review as a grad student! A LOT has been happening in the last seven weeks since I made my move to Baton Rouge, which explains the lack of blog activity, but I’m technically still on top of my “one book a month” goal, so let’s get into it!

My latest review is on Tana French’s The Likeness, a story following undercover cop Cassandra “Cassie” Maddox taking on a murder case by assuming the life of a recently murdered woman who looks exactly like her and had been posing as one of Cassie’s previous undercover identities, Lexi Madison. Over the course of 500 pages we watch the inevitable disaster that accompanies a cop infiltrating a tight-knit group of friends/murder suspects, while trying to solve a murder and remain tethered to reality, which I guess can be hard to do when the murder suspects are an oddly charming escape from cop life.

Almost two months after finishing this book, I still can’t definitively say anything that I liked about it, which sucks because it took me a long time to read. I invested a good two-ish weeks into this book, which is kind of a long time for me to finish a book. Once I started it, I didn’t want to put it down (not because the content gripped me but because I *hate* leaving books unfinished) but I did. A lot. The chapters just dragged on with nothing particularly interesting going on so even though I felt like I was reading tons of pages a day, at the most I might have been reading only one chapter every time I picked the book up. By the time I got to the end I had to force myself to hunker down and push through French’s words, just so I could finally be done with it.

To give the book some credit, I will say the plot was interesting. How exactly does a stranger just waltz into the life of a recently-murdered someone and none of her close friends are even slightly suspicious about it? Granted, her friends obviously don’t know she had just been murdered (or do they?) so there was no outright reason for them to be suspicious, but it just seemed like a crazy plan. I just had to know how that would play out. I like to think that it would take a lot more than studying my mannerisms in home videos, which is what Cassie does in preparation for this undercover job, for someone to imitate me flawlessly, no matter how much they looked like me. Especially if they’re going to be hanging around people who have known me for a while.

Another thing I liked (read: tolerated) about The Likeness was that even though I wasn’t aware when starting it that it was the second of a series, it was still easy to follow along plot-wise. There were mentions of a case worked previously to the events of The Likeness that threw me for a bit, but it was nothing I couldn’t get past with a little inference. Whatever the case was, it traumatized Cassie in some way or another and made her colleagues cautious to put her back into undercover. I was thankful that it wasn’t completely necessary to read the first book to understand this one, but even reading the previous book couldn’t have made reading this one more enjoyable.

In my opinion, there were just so many flaws that made this a tough read, the most glaring of them being the characters. None of them were very compelling, in fact, I found Cassie to be straight up boring. And that probably speaks more to French’s writing than anything, but none of her characters were particularly enjoyable to me. They all seemed like personifications of the color beige: boring. I just don’t know how you manage to do that with every. single. character. in a 500-page book. How is there not a single line from a single character that jumped out at me in a text that is supposed to be psychologically thrilling? My psyche was not thrilled at all.

So without harping on it too much, I’ll just end this post by saying, I found The Likeness to be boring. It’s way too long and the ending doesn’t nearly justify all the material you have to get through to reach it. French took way long, using way too much description, to get the the meat of the story, and the final revelation of what happened to Lexi Madison and who she actually was, was just… anti-climactic. If you want to find out what happened to her, by all means give this book a try. I just hope you enjoy Cassie’s walk in Lexi’s shoes far more than I did.