All Hail the Trap God

If anyone had asked me prior to last month who Gucci Mane was, my answer would’ve simply been, “he’s an Atlanta rapper” and that’s about all I would’ve been able to respond with. And while that answer is technically correct, there’s so much more to Gucci Mane than just being a rapper; he’s so much more integral to rap and the subgenre of trap music than I ever knew as one of the genre’s founders, with lyrics that refer to his life in the “trap” as a drug dealer.

Through his autobigraphy, Gucci Mane, born Radric Delantic Davis, takes us from his roots in Bessemer, AL to his most recent stint in prison, from which he was released in 2016. In between are stories about his beginnings in crime-stricken East Atlanta (Zone 6), where he dealt drugs as a kid, recounts on how he makes a name (and enemies) for himself in the rap game, and how a drug addiction and seemingly back-to-back prison sentences almost ruined his life.

I don’t read autobiographies (in fact, the only time I can actually recall even picking up an autobiography was The Diary of Anne Frank, and not only was that because I had to for school, it’s technically not an autobigraphy) so I was a little apprehensive picking this one up. Aside from a few of his most popular songs and the fact that he had a face tattoo of an ice cream cone, I really didn’t know much about Gucci Mane. He was just another rapper in my mind whose music I never really gave the time of day. But after reading his book, I learned so much about the “East Atlanta Santa,” “Mr. Zone 6,” the “Trap God.”

Most notably, the fact that he killed a man. I knew Gucci Mane had been in prison before, there was an ongoing joke on Twitter for a while about how he kept releasing music while locked up, but I just assumed it was related to drugs or guns or some of the other foolishness rappers tend to get caught up in. And while some of his visits to various correctional facilities were results of drugs and guns, one in particular was because of a murder charge Gucci caught back in 2006. Tensions between Gucci Mane and another Atlanta rapper, Young Jeezy, had gotten so bad apparently Jeezy set Gucci up to get robbed or beat up or something, an event that resulted in one man being shot. Gucci would be charged with murder, claiming self-defense, but the charge would eventually be dropped. Understandably, Gucci doesn’t go in depth about what happened that night (more details can be found online if you’re really curious) but that situation opened my eyes to what a crazy and dangerous world rapping can be. I used to think these guys were all talk (how else can one talk so brazenly about killing someone and not be behind bars?) but Gucci Mane’s lyrics definitely have some truth behind them.

Aside from the murder charge, though, there’s a lot more to Gucci’s life that just makes his life story… wild. He once got thrown in solitary confinement after a fight with another inmate who attacked him (Gucci hit the guy so hard his incisors went through his cheeks and the guy told doctors Gucci had stabbed him with a pen). In solitary, Gucci was just a few doors away from Brian Nichols, of all people. Brian Nichols! For those of you who don’t know, Nichols had the entire city of Atlanta on alert after he killed a judge and escaped the Fulton County Courthouse during a trial. I was about ten years old when that happened, but I remembered how he was all over the news for what felt like months. And Gucci Mane, serving time for some lesser crime, was being treated exactly like this guy in a musty, window-less cell.

Gucci also talks about his dependence on a variety of drugs, particularly codeine, which I didn’t even know was really a thing until maybe three years ago (when it comes to rappers and drugs and rappers on drugs I’m completely ignorant, guys), but apparently

the stuff’s been around for quite some time, and Gucci’s involvement in the rap game eventually hooked him onto the stuff. That’s what gave him his famous potbelly!

What I enjoyed most about Gucci’s autobigrapghy was the fact that most of it takes place in the city where I grew up, Atlanta. It just made reading the book more personal because a lot of the areas he mentioned I either know of or have been to, even though I grew up in southwest Atlanta. It was also pretty cool reading about his interactions with other Atlanta-based rappers that I’m fairly familiar with: Young Jeezy, T.I., the Migos, Young Thug, Wacka Flocka Flame, and a few others. I’m not sure why it came as such a suprise to me that at some point in his career he would come across other rappers; of course he would, that’s what rappers do: collaborate and interact with other rappers. But I certainly had no idea how different his relationships with these different rappers would be. There’s a heartwarming bit about how Gucci gave two of the three Migos real gold chains to replace that fake ones they’d been wearing when he met with them for the first time to sign them to his label. It’s little things like that that make Gucci personable, likeable. 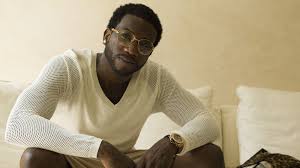 I wish I had the time to go in depth about how the other little details of Gucci’s life come together to make him a truly fascinating man, but if I were to do so I’d just end up writing a book myself. I’ll end this post saying that Gucci’s autobiography was more entertaining than some fiction books I’ved picked up. It was an absolute blast to read. His story really is a good one, and if you call yourself even a casual fan of trap music, I’d definitely recommend giving it a read.

Ask me now who Gucci Mane is, and I’d tell you he’s a walking legend. I won’t pretend to be a hardcore listener to trap music now, because I’m not and honestly I probably won’t ever be, but I have a new respect for the genre and especially one of its most captivating founders.